The eagle circled and then swooped down for a landing at its nest on the shores of Claxton Creek in York County. Standing at the waterfront of their adjacent property, Dana and Hilda Law nodded with contentment, knowing that their decision, shared also by Mrs. Law’s sister, Martha Williams, would aid in protecting such wildlife habitats. On August 31, 2001, the three co-owners of the property presented a deed of gift to the Williamsburg Land Conservancy. By making a gift to the Conservancy of the 7 ½ acre tract, they ensured the future preservation of their section of Claxton Creek.

Mrs. Law and Mrs. Williams inherited the property from their father, Floyd Holloway, who had purchased the land in 1945. For many years there were thoughts of building a waterfront home to enjoy the serenity and surrounding wildlife, but it never came to pass. The Laws and Mrs. Williams recognized that their own children were also not likely to use the property. Rather than selling it to be developed, as may likely happen with other nearby properties, the three decided to preserve their stretch of Claxton Creek.

Eagles nests and muskrats are testament to the property’s value for wildlife habitat, but the land may also harbor some interesting history. According to Hilda Law, no one has lived on the site for at least 100 years, although a brick lining of an old well is on the property as evidence suggesting some earlier habitation. 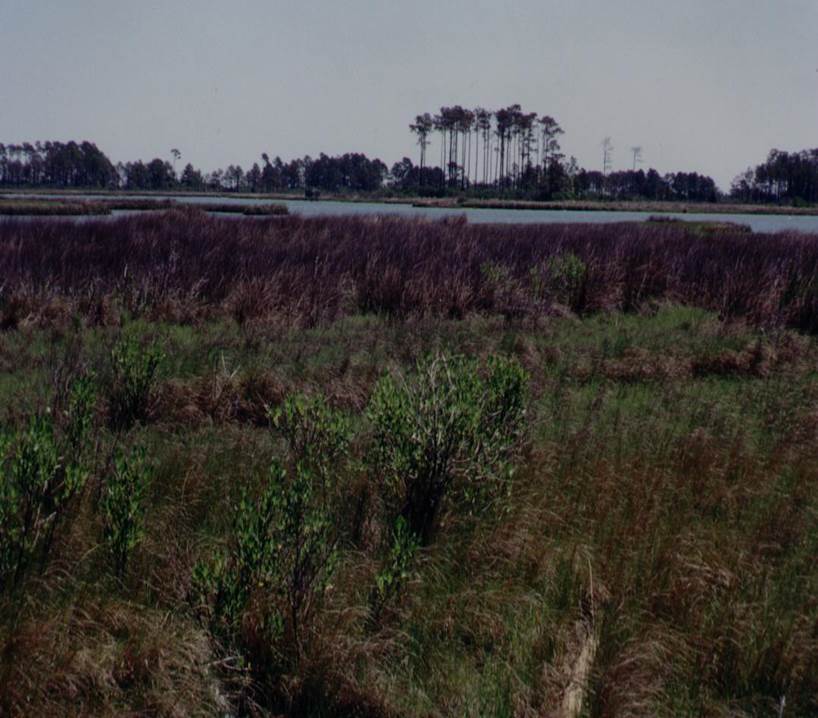