In 1997 James City County granted the Williamsburg Land Conservancy a conservation easement over two adjoining parcels near Mainland Farm totaling nearly 100 acres. This action clearly demonstrated how local government and a citizen organization like the Conservancy can work together for public benefit.

The county had received the first parcel of 66.45 acres as a gift from Frances and Albert White, owners of Mainland Farm. The second parcel of 32.61 acres was obtained in negotiations with the J. R. Chisman Development Company of Newport News.

At the time, the county had recently completed a nature walking trail on the easement area, and thought that placing an easement on the property was the best guarantee possible that the wetlands and upper buffer properties would be protected for future generations.

In years past, 198 species of birds and two eagles’ nests were documented on the nearby property. There were six-seven osprey nests that annually produced and any number of unique flora and fauna could be found. Development around the area has had a significant impact on the species that can now be seen on the property.

The Greensprings Trail, which connects with the Virginia Capital Trail, is well maintained by the county and is an incredible amenity for the residents of our region and for those who simply come for a visit. 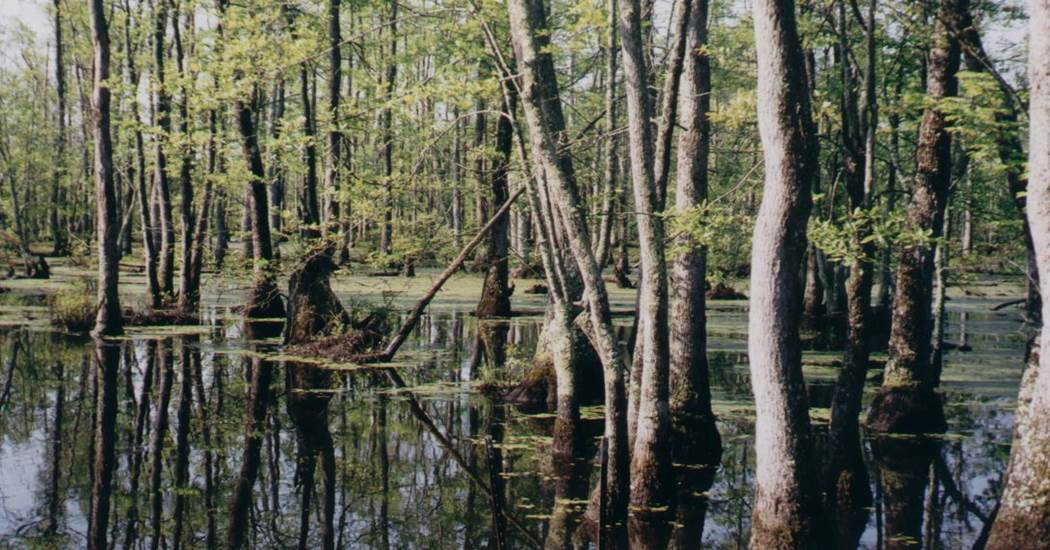